With Steven Soderbergh’s pandemic thriller Contagion seeing a spike in popularity, we share movie recommendations with similar topical themes. [List of Movies To Download If You Love Contagion]

As the world adjusts to the ongoing pandemic, some films have seen a rise in interest since this whole thing started, especially the thriller Contagion. The Steven Soderbergh film stars the likes of Matt Damon, Kate Winslet, and Jude Law in a grounded look at a deadly virus that spreads around the world.

Though the movie didn’t make much of an impact when it was released in 2011, it has become extremely popular recently due to its similarities to the COVID-19 crisis. We’ve already looked at some of the great movies that share similarities to Soderbergh’s thriller, but luckily there are plenty more to add to your watch-list. Here are some more movies to watch if you like Contagion.

While Contagion is a very grounded thriller, the story of a pandemic does share a lot of similarities to most zombie movies. World War Z is one of the larger zombie action films and stars Brad Pitt as a government worker who travels around the world looking for a cure for a zombie outbreak that threatens all of humanity.

Like Contagion, this film explores the global impact of such a crisis. Instead of confining the story to the United States, it shows how countries around the world are dealing with zombie problems.

While its predecessor, 28 Days Later, is the more acclaimed film, 28 Weeks Later shares a lot more with Contagion and other pandemic pictures. The movie takes place months after the initial outbreak of infected rage-filled people terrorized London.

The movie shows how the world is getting back to normal and attempting to start a new life. But carelessness allows things to spiral out of control and the threat to return in a deadlier way than before. It is an intense and scary film featuring a stellar cast, including Idris Elba and Jeremy Renner.

The South Korean horror film Train to Busan is another zombie movie that once again proves that the genre shares similarities to the kinds of stories like Contagion. The film is set on a train heading to the city of Busan when a zombie plague begins consuming the passengers.

Like Contagion, the film looks at how panic and fear in such a situation leads to civilization falling apart. People begin turning on each other and acting in their own self-interest while others find the courage to look out for others. 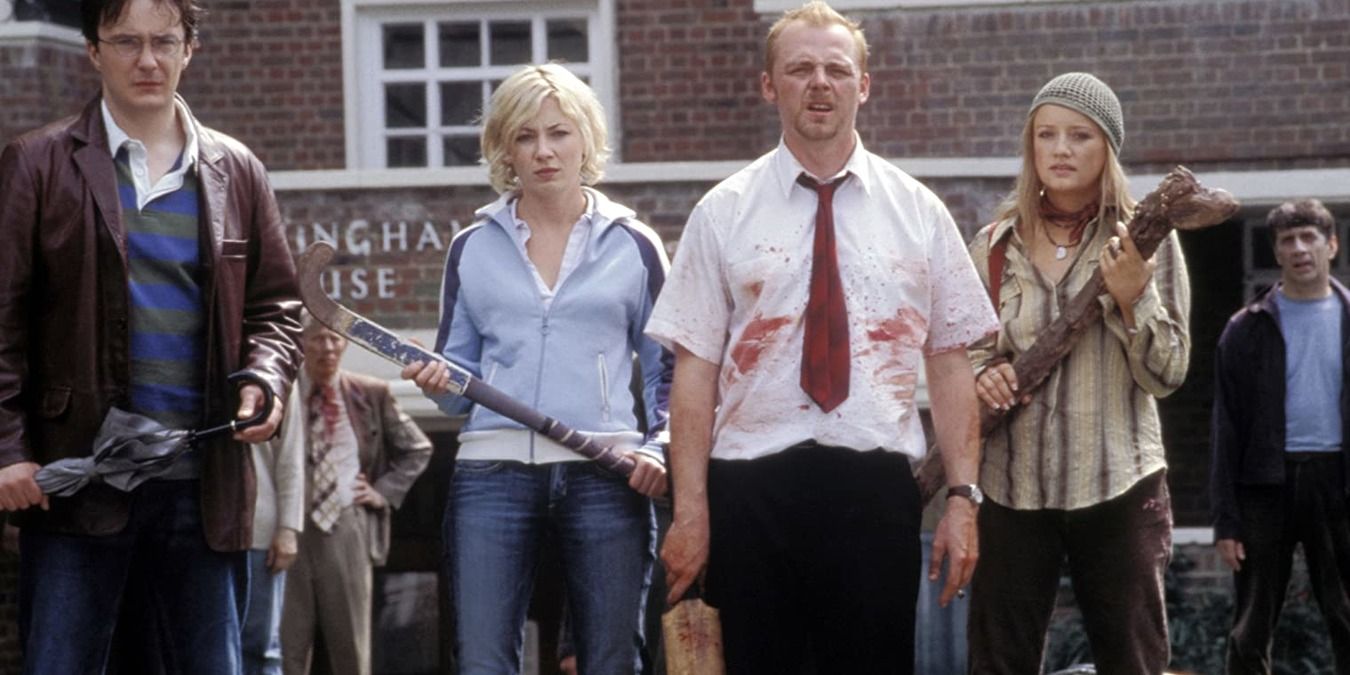 In trying times, it’s nice to find a movie that can give you a laugh, even if the situation seems familiar. Shaun of the Dead is the first film in Edgar Wright’s Cornetto Trilogy and follows an aimless man trying to win his girlfriend back in the midst of a zombie apocalypse.

Though it is an outlandish zombie comedy, the way in which Shaun and his friends deal with the crisis in mundane ways is similar to Contagion. The idea of barricading yourself inside and cutting off the outside world is something most people are very familiar with by now.

For an underrated horror-thriller, The Crazies is an excellent film to check out, as it also involves a small town being taken over by a dangerous virus. Timothy Olyphant plays a sheriff who discovers that a government experiment gone wrong is turning people into mindless killers.

The movie is a sharply written and entertaining ride that takes a darker look at some of the aspects of a pandemic seen in Contagion, such as government quarantine, the threat of exposure, and containment.

Will Smith has had to save the world in many of his movies, but this time he finds himself as the last man alive. Smith plays a scientist living in abandoned New York City following the outbreak of a virus that turns people into mutants.

I Am Legend is more of an action film, with Smith playing his typical action hero role. But his desperate attempts to find a cure for the virus feels familiar to Contagion. Audiences today will likely relate to his attempts to find activities and movies to fill his lonely days in isolation.