The Transportation Department issued an emergency order Friday afternoon, which bans the Note 7 from all air travel effective Saturday at noon. 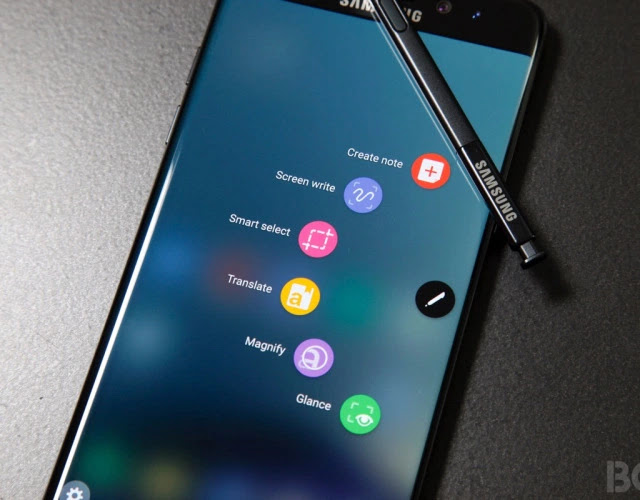 “We recognize that banning these phones from airlines will inconvenience some passengers, but the safety of all those aboard an aircraft must take priority,” Transportation Secretary Anthony Foxx said.

“We are taking this additional step because even one fire incident inflight poses a high risk of severe personal injury and puts many lives at risk.”

Note 7 devices have already seen their use limited on airlines.

Right now, most flights are allowing passengers to bring Note 7 devices in their carry-on luggage, but they have to be switched off and not charged.

Of course, this isn’t just a hypothetical danger — a SouthWest flight was evacuated last week after a “safe” Galaxy Note 7 burst into flames, filling the plane with smoke and forcing an evacuation. Luckily, the plane was still on the ground and boarding at the time, so it’s understandable why the FAA would want to ban potentially explosive devices from flights.

Hopefully, the ban won’t prove an inconvenience to too many people.

You can easily get a refund or exchange if you bought your phone from any of the US carriers, or through a slightly more convoluted procedure involving a fireproof box if you bought it direct from Samsung.

If you do still have a Note 7, you should power it down immediately and exchange it.

The Note 7 fiasco has put Samsung in dire straits.

CHECK:  Full List Of Motorola Android Smartphones That Will Getting Nougat Update

It already adjusted down its earnings, and early estimates put the total fallout from this incident somwhere above $10 billion.

Samsung has stopped production of the Note 7 entirely and it’s planning to simply destroy all the recalled phones.

So, not only did Samsung produce millions of Note 7s that it’s going to have to write off, but it will never see any profit from the years of R&D put into the Note 7.

It may have to kill off the Note brand entirely.

The company isn’t giving up yet, and Samsung mobile chief Koh Dong-jin said on Wednesday that he “would at any cost find the exact cause (of the faulty Galaxy Note 7) to restore trust of consumers so that they can use Samsung products without any safety concerns.”