Samsung will announce the Galaxy S9 and the Galaxy S9+ next month at MWC 2018 in Barcelona. The phones are almost ready for market launch since they just passed FCC certifications.
According to Federal Communications Commission listings, the phones will have model numbers SM-G960 for the S9 and SM-G965 for the S9+. They will support all major LTE, GSM, CDMA and UMTS bands and will be manufactured in Vietnam, China and Korea. 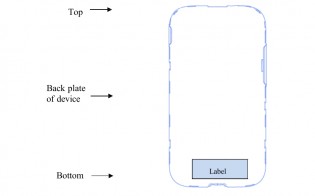 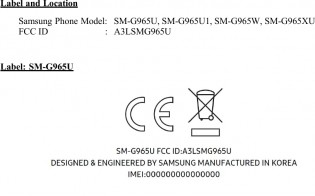 FCC Label Placement
The FCC certification approved models SM-G960U, SM-G960U1, SM-G960W and SM-G960XU. The first two are most likely to be US versions of the Galaxy S9, while the third one is the variant for Canada. Samsung also needs plenty of demo units for promo activities – they will get the fourth model number. The same goes with the SM-G965 monikers of the Galaxy S9+.
According to a leaked retail box from Friday, the new flagship will have Super Speed Dual Pixel 12 MP camera with variable aperture that can take Super Slow-mo videos. It will also come with Stereo Speakers by AKG and plenty of well-known features like IP68 certification, iris scanner and wireless charging.
SOURCE
CHECK:  Shiekh Gumi Raises Alarm Over Allegedly Plot to Cause Chaos at Sultan Bello Mosque, Kaduna