This took less time than expected – Xiaomi is pushing out a new version of the Oreo update for the Mi A1. That update was pulled on Friday after the discovery of several nasty bugs.
The new update reportedly resolves the Bluetooth battery drain, random reboots and other issues, it also restores the gesture functionality of the fingerprint reader. Also included in this update is the January security patch. The original update packed the December patch. 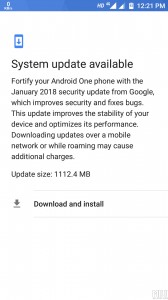 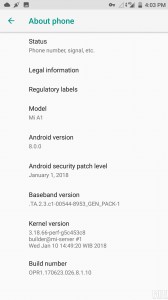 A new version of the Oreo update for the Xiaomi Mi A1 has been released
If you already installed the defective update, the new version is a small 89MB download. If you’re still on Nougat, then it’s a more substantial 1,112MB update.
(Visited 1 times, 1 visits today)
CHECK:  Four (4) Simple Ways To Improve Your iPad Battery Performance.