The Task Force on Food Security constituted by the Federal Executive Council on Wednesday, February 1, 2017 had its inaugural meeting Friday morning.
At the meeting presided over by the Ag. President, Yemi Osinbajo, the Task Force focused on gaining a full understanding of all factors that contribute to unduly high food prices, especially at urban markets throughout the country. It also considered the ways and means of urgently ameliorating the situation, particularly by addressing issues of affordability and availability.
In particular, it identified some key staple foods and the factors that were most likely driving high food prices in some parts of the country, despite bumper harvests at many farms.
Some of the factors identified in this regard include: the poor state of rural infrastructure like roads; multiple revenue collecting points on the highways; and inadequacy of distribution networks – all of which contribute, among other things to high transportation costs.
Against this background, the Task Force felt that government could most usefully intervene by resolving such bottlenecks. It also felt it important to clarify that the assignment of the Task Force is not about government intervening directly in the market for staple foods either though purchases or price fixing.
The Task Force will be coordinating various MDAs and working closely with the private sector to explore ways and means of overcoming some of the supply bottlenecks in the short term, while also reinforcing on-going medium and long-term solutions including improving supplies and providing better storage.
A more technical sub-group of the Task Force is now drawing up a draft plan of action for further consideration. 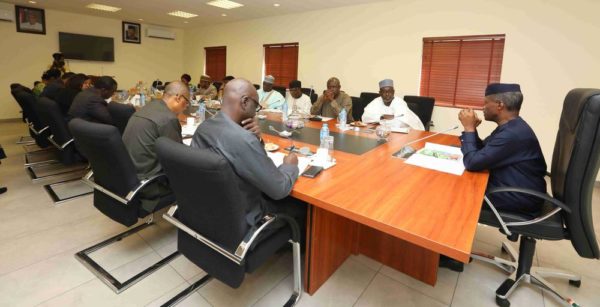