On this year’s list, Forbes is only including African billionaires living in Africa, instead of featuring Africa’s 50 richest people. There are 21 billionaires on this year’s list, worth a combined $70 billion.
Nigerian cement tycoon Aliko Dangoteremains Africa’s richest person for the sixth year running with a $12.1 billion fortune, despite a nearly $5 billion drop in his net worth for the second year in a row. Dangote is joined by just two other Nigerian billionaires on this year’s list – telecom tycoon Mike Adenuga, who is Africa’s third richest person with an estimated $5.8 billion fortune, and oil billionaire Folorunsho Alakija, who has an estimated net worth of $1.6 billion.
Two Nigerians dropped off the Billionaires List this year – oil marketerFemi Otedola, whose net worth dropped from $1.6 billion in November 2015 to $330 million today, and sugar billionaireAbdulsamad Rabiu, whose net worth dropped below $1 billion in the wake of a weakened Nigerian currency.
See full list below 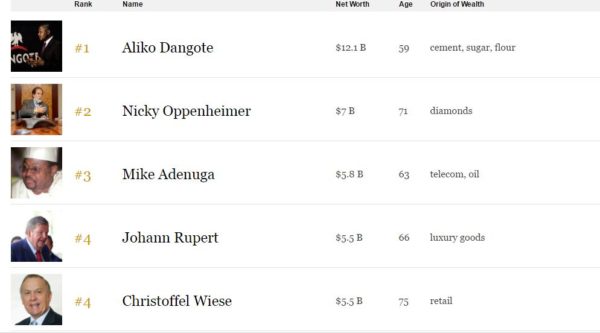 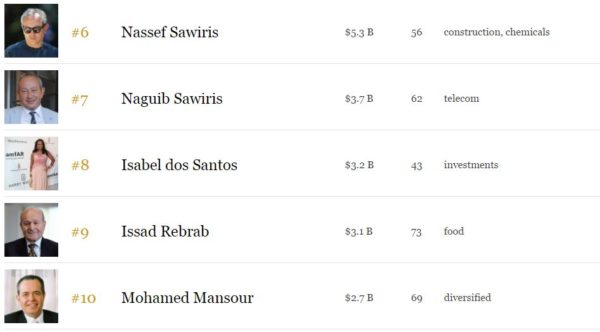 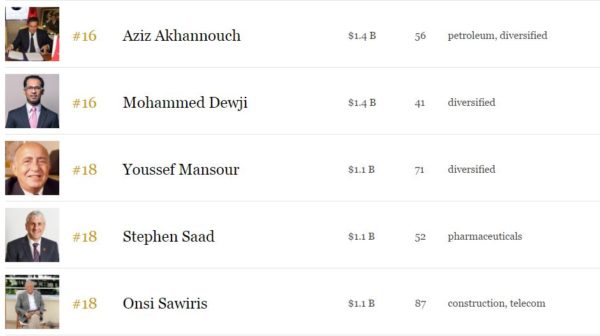