Nigerian Air Force (NAF) personnel ACW Solape Oladipupo, 21 who was shot and killed by her estranged boyfriend Lt. Kalu B.A. has been buried in Lagos.
The Ogun state indigene was interred at the Air Force Cemetery, Ojo Barracks, Ojo, Lagos State on Thursday.
Kalu accused the deceased of having affairs with other men, and had written a suicide note, describing her as a witch. He wrote of his plan to kill himself after killing Solape.
He however did not kill himself and is currently being held by Air Force authorities who say a psychiatric test will be carried out on him before his eventual dismissal and prosecution.
The tragic incident took place on March 12, 2017 at the Air Force Base in Makurdi, Benue State.
The couple had met on the parade ground at the base.
According to PUNCH, the corpse arrived the Murtala Muhammed International Airport (MMIA), Lagos at about 9AM on Thursday, and Solape’s family members were called to identify her.
According to the deceased’s sister, Jolaade Oladipupo: “After the corpse arrived around 9am, five of us were asked to step forward to identify her. She was dressed in the air force ceremonial uniform. We were in tears and I felt like asking her to wake up and follow us home. The military authorities asked us if she was the one, and we said yes.”
“Then she was put into a hearse and we went to the Ojo Cantonment, where they also had  a parade and a 21-gun salute. It was an emotional moment for the family,” Jolaade added.
Jolaade said that the family is calling for justice, adding that Solape had always wanted to join the Force.

“She had always wanted to join the force. She was a strong girl and always fought for people’s rights. Before she joined the air force, she had applied to join the police, the army and navy,without any success. She didn’t give up until her application to the air force succeeded.
On the night that she was killed, we had earlier spoke and I advised her to further her studies in order to get accelerated promotion in the air force. She told me that she had told her boyfriend that she didn’t have time for any relationship and that she wanted to concentrate on her studies. She said she planned to buy the Unified Tertiary Matriculation Examination form. That was the night that the man killed her,” Jolaade said. 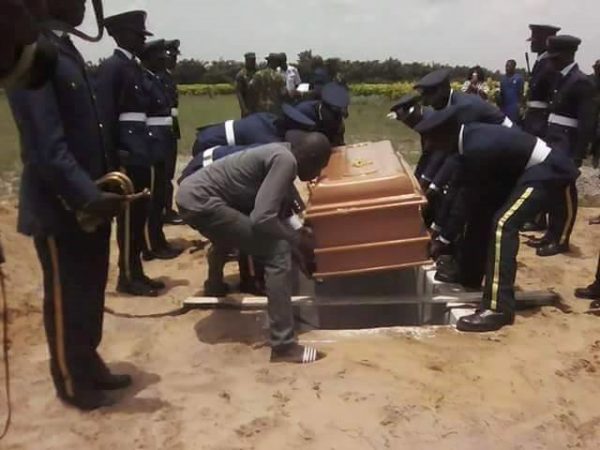 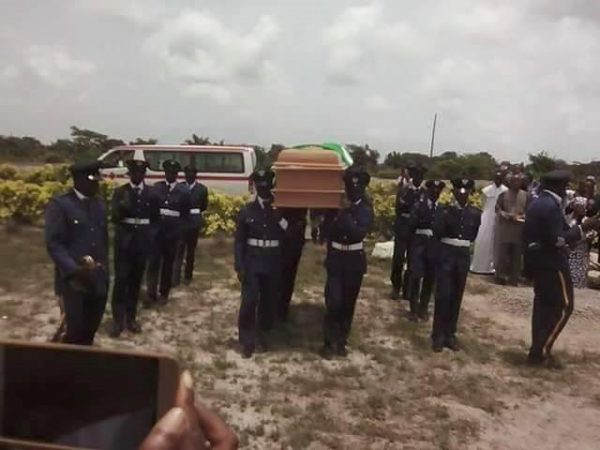